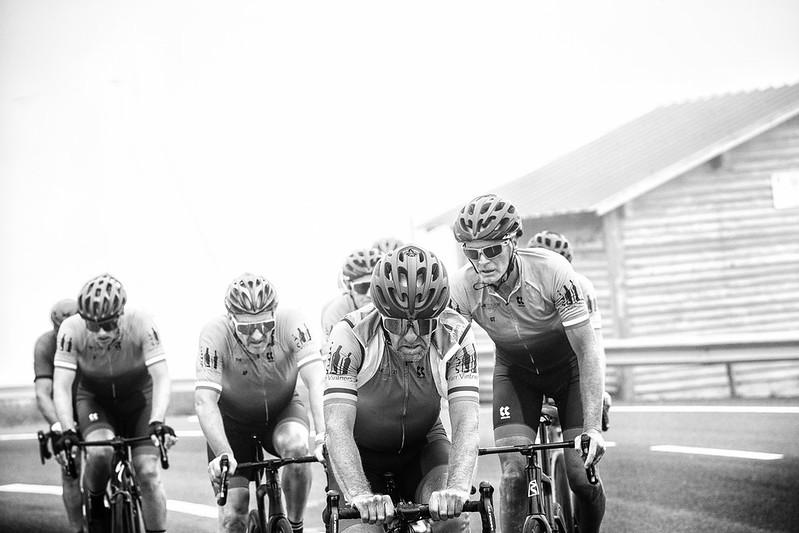 A team of 18 amateur cyclists, led by ex-England footballer and blood cancer survivor Geoff Thomas, are into the final week of the 2021 Tour de France route, one week ahead of the professionals. They have now completed 16 stages and over 2,700km of the famous route. The Tour 21 aims to raise in excess of £1,000,000 for national blood cancer charity Cure Leukaemia and the team has raised over £940,000 towards that target.

Cure Leukaemia, which was announced as the first ever official Charity Partner of the Tour de France in the UK for the next three years, recorded a £1,700,000 fundraising shortfall in 2020 due to the COVID-19 pandemic and The Tour 21 team aims to help the charity address this shortfall in funding by completing all 3,384km of the world’s most famous and prestigious professional cycling event.

All funds raised by The Tour 21 team will be invested in the national Trials Acceleration Programme (TAP) which has been solely funded by Cure Leukaemia since January 2020. TAP is a network of specialist research nurses at 12 blood cancer centres located in the UK’s biggest cities and a facilitatory hub based at the Centre for Clinical Haematology in Birmingham’s Queen Elizabeth Hospital. This network enables accelerated setup and delivery of potentially life-saving blood cancer clinical trials to run giving patients from a UK catchment area of over 20 million people access to treatments not currently available through standard care.

Cure Leukaemia Patron Geoff Thomas was awarded an MBE in the Queen’s birthday honours just days before setting off for France and is close to raising £100,000 himself towards the team’s target. The former midfielder who captained Crystal Palace in the 1990 FA Cup Final, made over 450 club appearances for Palace, Wolves, Nottingham Forest, Crewe, Rochdale, Barnsley and Notts County and he was capped 9 times for England.

He retired in 2002 and was then diagnosed with chronic myeloid leukaemia in the summer of 2003 and given just 3 months to live. Thanks to treatment from Cure Leukaemia co-founder professor Charlie Craddock CBE and a transplant from his sister Kay, Geoff went into remission in early 2005 and then rode his first Tour de France challenge later that year.

Now Geoff is cycling his fifth and final Tour de France challenge and he is determined to surpass the £1,000,000 target:

“18 years ago, I was informed that I might have just a few months to live but here I am, cycling the Tour de France thanks to charities like Cure Leukaemia. That is why it is so important that we keep driving our fundraising forward in the final week of The Tour 21. It is great to reach £940,000 but we really want to have surpassed £1,000,000 before we roll into Paris on Sunday July 11th because it will give hope to blood cancer patients all across the UK.”

As well as donations to the team’s JustGiving page, those wishing to support The Tour 21 can purchase tickets for The Ultimate Cycling Prize Draw for a chance to win 21 fantastic prizes including a Pinarello Dogma F12 worth £15,000.