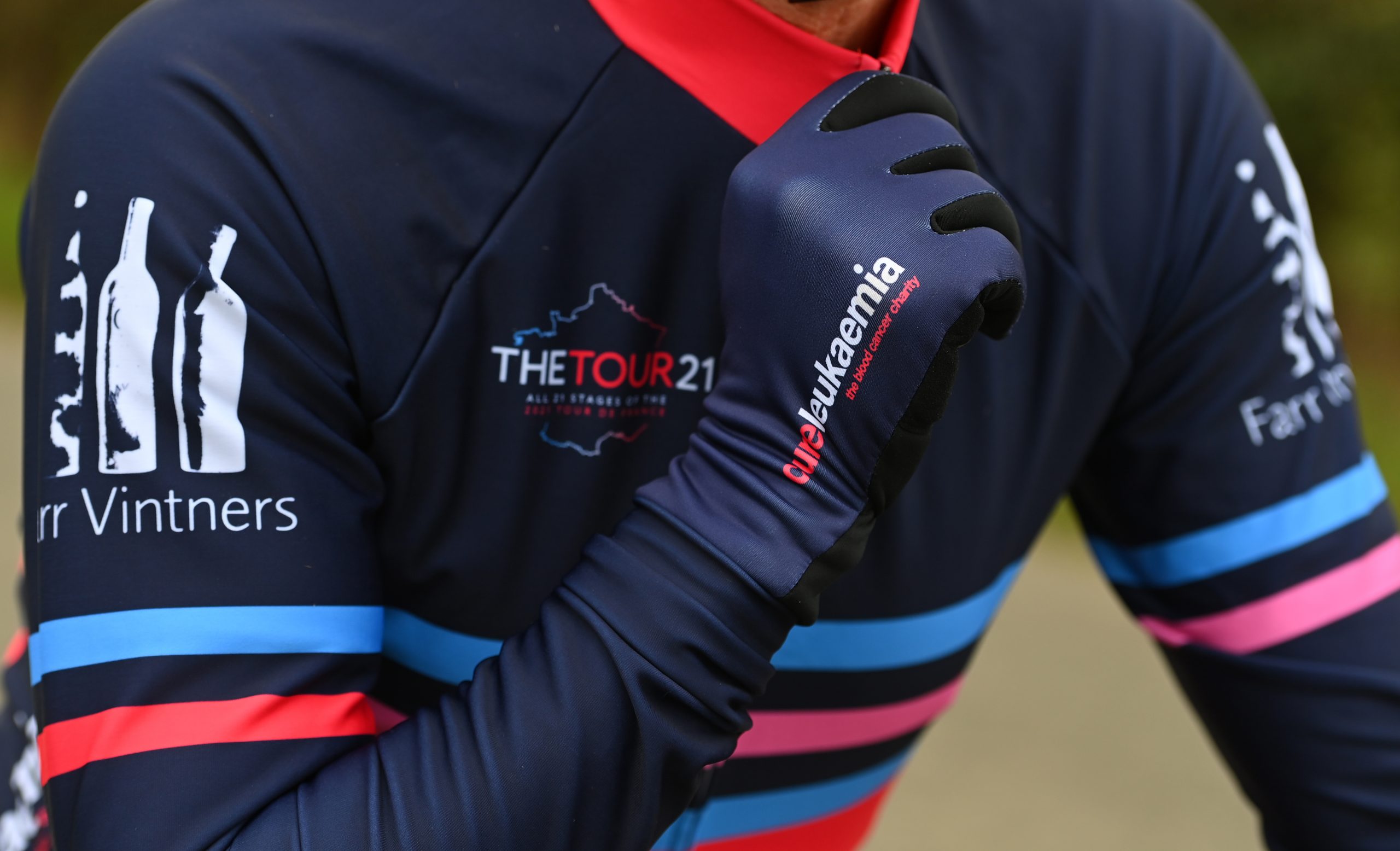 A team of 25 amateur cyclists will begin riding the full 21 stages of the 2021 Tour de France route, one week ahead of the professionals in exactly 50 days. The Tour 21, which takes place from Saturday 19th June – Sunday 11th July, aims to raise in excess of £1,000,000 for national blood cancer charity Cure Leukaemia and the team are over halfway to their fundraising total after recently surpassing £600,000.

Cure Leukaemia, which was announced as the first ever official Charity Partner of the Tour de France in the UK for the next three years, recorded a £1,700,000 fundraising shortfall in 2020 due to the COVID-19 pandemic and The Tour 21 team, which was increased from 20 to 25 riders after this event’s postponement last summer, aim to help the charity address this shortfall in funding by completing all 3,384km of the world’s most famous and prestigious professional cycling event.

All funds raised by The Tour 21 team will be invested in the national Trials Acceleration Programme (TAP) which has been solely funded by Cure Leukaemia since January 2020. TAP is a network of specialist research nurses at 12 blood cancer centres located in the UK’s biggest cities and a facilitatory hub based at the Centre for Clinical Haematology in Birmingham’s Queen Elizabeth Hospital. This network enables accelerated setup and delivery of potentially life-saving blood cancer clinical trials to run giving patients from a UK catchment area of over 20 million people access to treatments not currently available through standard care.

With the team progressing towards their £1,000,000 target, two inclusive fundraising opportunities linked to The Tour 21 have been announced today which will enable anyone to get involved, help the team reach their goal and have the chance to win some fantastic prizes:

From Sunday June 6th – users of Strava, globally, will be able to sign up to The Tour 21 Strava Challenge. The Challenge will be to ride the distance of the longest stage of this year’s Tour de France route between June 19th – July 11th, a staggering 238km! Strava users can complete it over 3 weeks or do it in a day, giving cyclists of all abilities the chance to get involved across the world.

All who take part will be encouraged to raise £100 for Cure Leukaemia towards the team’s total and all those who fundraise or complete the challenge will be in with the chance of winning some incredible prizes which will be announced on June 6th.

To pre-register for The Tour 21 Strava challenge click here: www.TheTour21.com/Strava

Tickets are now available to purchase for The Ultimate Cycling Prize Draw with all proceeds going towards The Tour 21 team’s fundraising for Cure Leukaemia.

The raffle win run from 50 days out, up until Friday 18th June, the day before the start of The Tour 21 with a prize draw then held daily from June 19th-July 11th. It costs £21 to enter the raffle and, once entered, people will be automatically included in each of the 21 prize draws.

“We were meant to take on this challenge in 2020 before COVID-19 meant we had to postpone. But in that time, we have added to the team and become the official charity partner of the Tour de France in the UK. There is real momentum behind what we are doing as a team and with Cure Leukaemia recording a £1,700,000 fundraising shortfall last year it is imperative that we surpass £1,000,000 to ensure patients across the UK have access to potentially lifesaving clinical trials.

“I would urge the public to get involved in these fantastic fundraising opportunities announced today because they have the potential to take our fundraising way beyond our target, you can all play your part in The Tour 21.”

“Geoff was an inspirational captain for our football club, and he has continued to be an inspiration with his tireless fundraising efforts since his battle with blood cancer. Crystal Palace are proud to have supported him in his fundraising ventures over the last 18 years and we are proud to do so again for his final Tour de France challenge this summer.

“Cure Leukaemia is a charity making a direct impact on the treatment of blood cancer both nationally and internationally and we are delighted to help Geoff and the team towards surpassing their £1,000,000 target. I also hope that the Palace fans will play their part too in the coming months through these additional fundraising opportunities announced today and I wish Geoff and the team the very best of luck for their epic challenge.”

“Geoff and all of the team are training phenomenally hard at the moment to be ready ahead of June 19th and to have raised over £600,000 in such challenging times is already a fantastic achievement.

However, we are keen for as many people as possible to support The Tour21 team and we hope by supporting these two new fundraising opportunities, the £1,000,000 target will be reached by the time Geoff leads the 25 strong team into Paris on Sunday 11th July.”