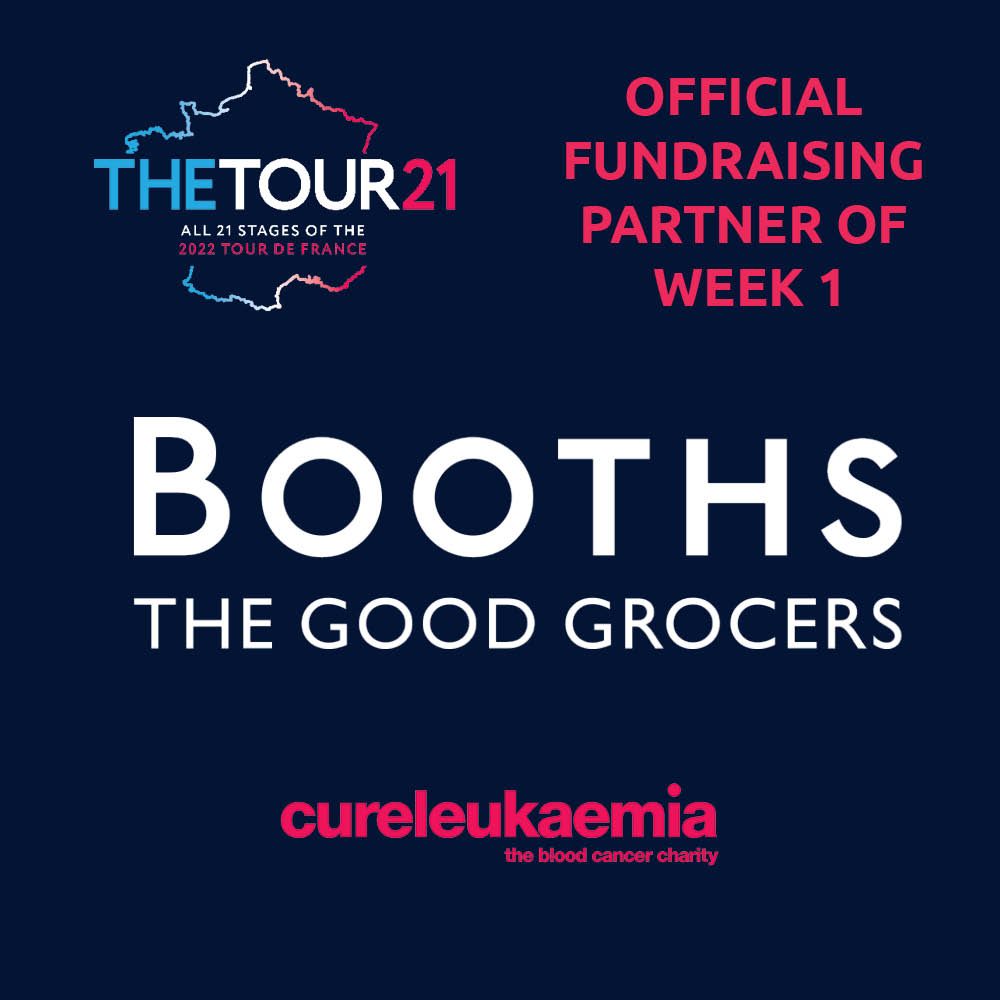 Family-owned grocers, Booths, are once again aligning with national blood cancer charity, Cure Leukaemia as an “Official Fundraising Partner” of The Tour 21 – an event which will see 19 amateur cyclists complete all 21 stages of the Tour de France, just one week ahead of the professionals.

The partnership which will see them support the first week of challenge through a series of cycling events planned to celebrate 175 years of the retailer.

Booths Managing Director Nigel Murray previously cycled all 21 stages of the Tour de France last year to raise funds for Cure Leukaemia– raising over £88,000 in the process, and will once again be jumping on the saddle as he cycles from London to Paris over four days later this month.

To raise funds for the event, the supermarket chain will host the “Booths Cyclo Classic 175” to celebrate their famous milestone.

Nigel Murray explained: “As I know myself, it is a massive undertaking for all of the cyclists taking part in The Tour 21. Just to say to everyone involved in the event, a huge amount of luck to you. You will have an amazing time and you will have a lifechanging experience or two!”

Nigel says: “We’ve got an enthusiastic team at Booths, and we wanted to put together a ride that was challenging but also inclusive in order to celebrate 175 years of Booths doing good in the community. The 175-kilometre is the full route and there are 4 shorter distances which can be chosen including a largely traffic free last leg – so there’s a bit of something for all abilities”

Nigel continues, “It’s an event to motivate people to keep active, it brings together different parts of the business from colleagues to suppliers in a team-building exercise with the added motivation of raising funds for charity. There’s also a team of runners in “Le Jog” and a gym-bike relay at central office. Everyone can take part in something, including the BBQ, which will all help to raise vital funds for the Cure Leukaemia charity in Booths 175th year.”

Alex Smith, Head of Sponsorship at Cure Leukaemia added, “Nigel and the team and customers of Booths did brilliantly last year and we are thrilled that Booths are supporting The Tour 21 again this year and using the event to enhance their 175th birthday celebrations.  We are delighted to be able to showcase Booths on our official Tour 21 rider kit, on our official tour bus and throughout the first 7 stages of the tour which this year takes in the first 3 stages in Denmark.”